A few years ago, we published a paper reporting PGBD5 as an oncogenic mutator in human cancer. This included measuring its expression in human tissues and mapping its association with chromatin. These experiments relied on the use of the rabbit polyclonal antibody orb13159 from Biorbyt. We confirmed the specificity and sensitivity of this antibody by using genetically-engineered cells that either expressed PGBD5 ectopically, or were depleted of endogenous PGBD5, with beautiful results. However, since the original lot of this antibody produced in 2017, we have been unable to obtain suitable antibodies from Biorbyt. We communicated and patiently waited for a new lot that would once again exhibit reliable specificity. Finally, earlier this year, we received a new lot C4091, which showed great performance, with specific staining in wild-type mouse neurons, and no staining in neurons deficient for Pgbd5 in knockout mice, as shown here in red.

This lot has since been depleted, and we obtained a new lot HC0717 from Biorbyt. However, this new lot is utterly useless, as the antibody is unable to detect PGBD5.

Thus, the rabbit polyclonal antibody orb13159 from Biorbyt is unreliable, and Biorbyt needs to develop a new reagent and quality controls to ensure its performance in the future. 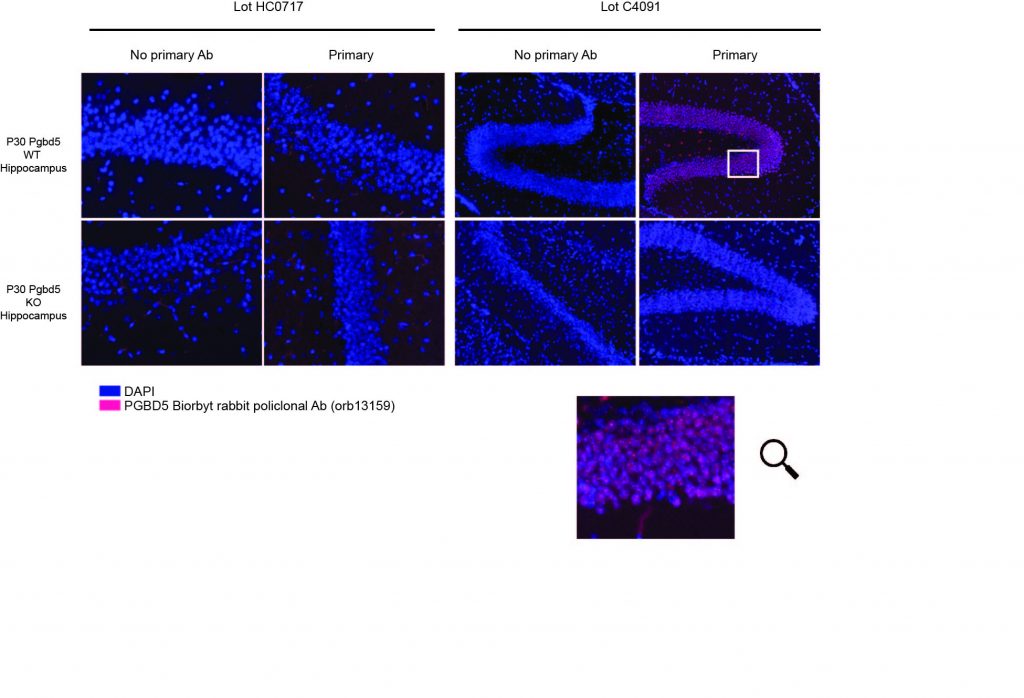